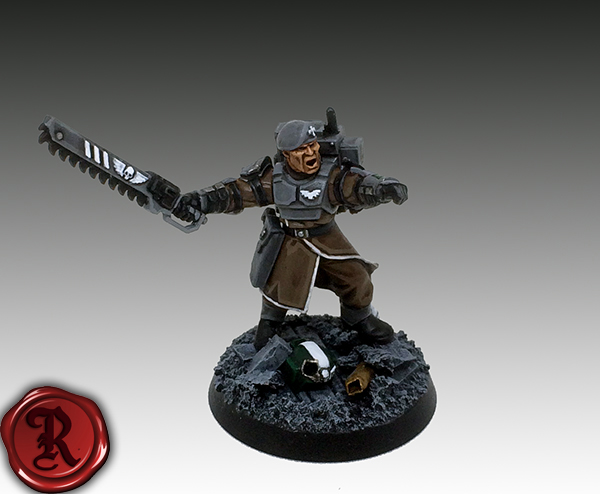 A new year, a new army - thus rises the 15th Hyrkan, a freshly-minted regiment raised from the Imperial planet Hyrkan mentioned in the Gaunt's Ghost series of novels by Dan Abnett. Commissar-General Delane Oktar and his boys may be long gone, but hopefully these lads can uphold the legacy. 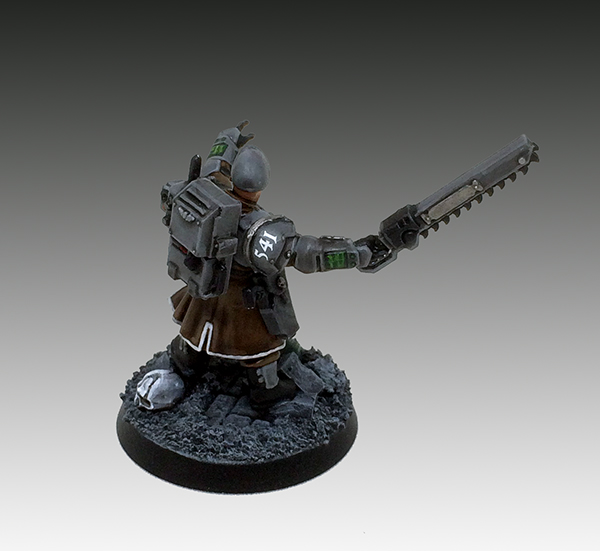 I played with quite a few different colour schemes and third party bits for these guys before coming full circle and just using the stock Cadian miniatures. The first Infantry squad is still a work in progress, but I have managed to knock out this platoon commander as a starting point for the Blog. 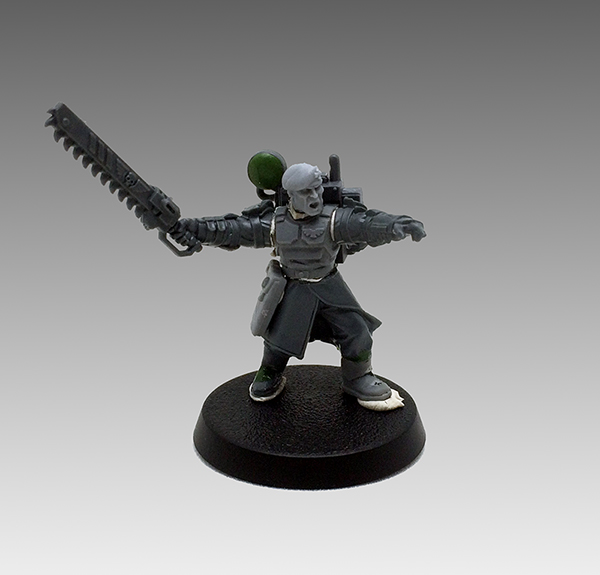 All in all it's a fairly simple conversion using the Cadian torso, officer legs and trimmed down Vox-pack, along with arms from the Militarum Tempestus Scions sprue and a beret head from Mad Robot Miniatures. 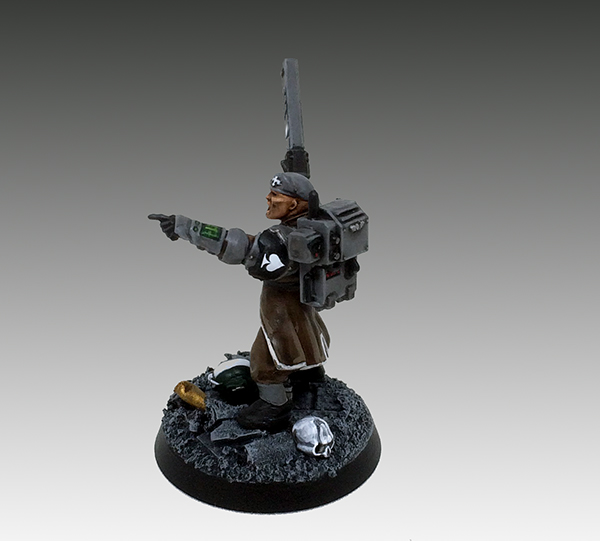 The base is just a DIY job featuring a slightly banged-up Cadian Whiteshields helmet - a bit of a nod to the death of conscript spam in 8th Edition 40K.

That's pretty much it.